Hall of Fame Head Coach Don Shula has passed away at the age of 90, according to the Miami Dolphins.

Shula spent several years in the NFL as a player for the Cleveland Browns, Baltimore Colts, and Washington Redskins. He also coached for the Colts but is best known for a 25-year long tenure with the Miami Dolphins.

“Don Shula was the patriarch of the Miami Dolphins for 50 years,” the team said in a statement. “He brought the winning edge to our franchise and put the Dolphins and the city of Miami in the national sports scene.” 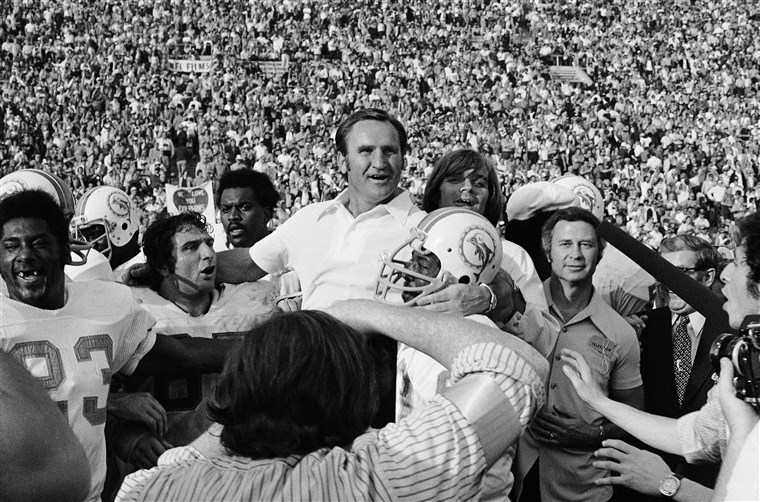 Shula’s Dolphins won back-to-back Super Bowls in the 1970s. In 1972, his Phins did what no team has yet to do again: engineer a perfect season.

Shula’s 348 wins stand alone at the top of the record books. George Halas and Bill Belichick are the only other members of the prestigious 300-win club alongside Shula.

Shula was inducted into the Hall of Fame in 1997 and dipped his toes into the Hollywood pool, appearing in a cameo role in Ace Ventura: Pet Detective.

He will be missed.

When "God's Gonna Cut You Down" by Folk starts playing in Minute Maid Park, it usually means the opposing team is about...
Read more

Heading into the postseason, very few people predicted a Padres-Phillies NLCS. Despite being the two lowest seeds in the National League, they...
Read more

Houston AstrosThe Astros have been there and done that for the last five years winning three American League...
Read more

I’m not entirely surprised to be writing this, but it’s definitely not something I want to write. So here we go, let’s...
Read more

Four Wide Receivers Who Might Surprise You and Go Round One

The NFL combine in Indianapolis every year is one of the most exciting events of the offseason for fans, scouts, and players....
Read more

Deebo Samuel Is The Most Unique Player In The NFL

When Deebo Samuel was asked to describe himself in a 2022 Pro Bowl interview, Samuel responded "we got a new position, it's...
Read more