The Atlanta Falcons are open to exploring trade options for Pro-Bowl wide receiver Julio Jones. If this were to happen, it won’t be because of performance, but a necessity for the trade partner. Atlanta is in a rough situation with the 2021 cap room, sitting at $410,351. That isn’t a lot of money. The options are limited for them to create that space, so the possibility of Julio playing somewhere else is quite realistic. Trade speculation has been running around on potential landing spots, this includes the Tennessee Titans. Derrick Henry, fellow Alabama alumni, wants the Titans to trade for Jones. Henry recently stated in a tweet; “TITAN TF UP.”

Henry has recently made it clear that he wants Jones to join him in Tennessee via Twitter. It’s safe to say the former Alabama running back wants to get the talented wide receiver on the Titans and create one of the best RB-WR duos in the NFL. Even though Jones may be unhappy with his situation in Atlanta, it should be worth stating that his new head coach, Arthur Smith, used to be Henry’s offensive coordinator in Nashville. The problem with trading for someone like Jones, he has a fully guaranteed salary of $15.3 million in 2021. The Titans are nearly at the bottom of the NFL cap space, per overthecap.com. A possible trade to any team for Julio is likely to involve some cap maneuverability, this would lessen his cap hit for his new team, but the Tennessee Titans would have to do major restructures to make this work. 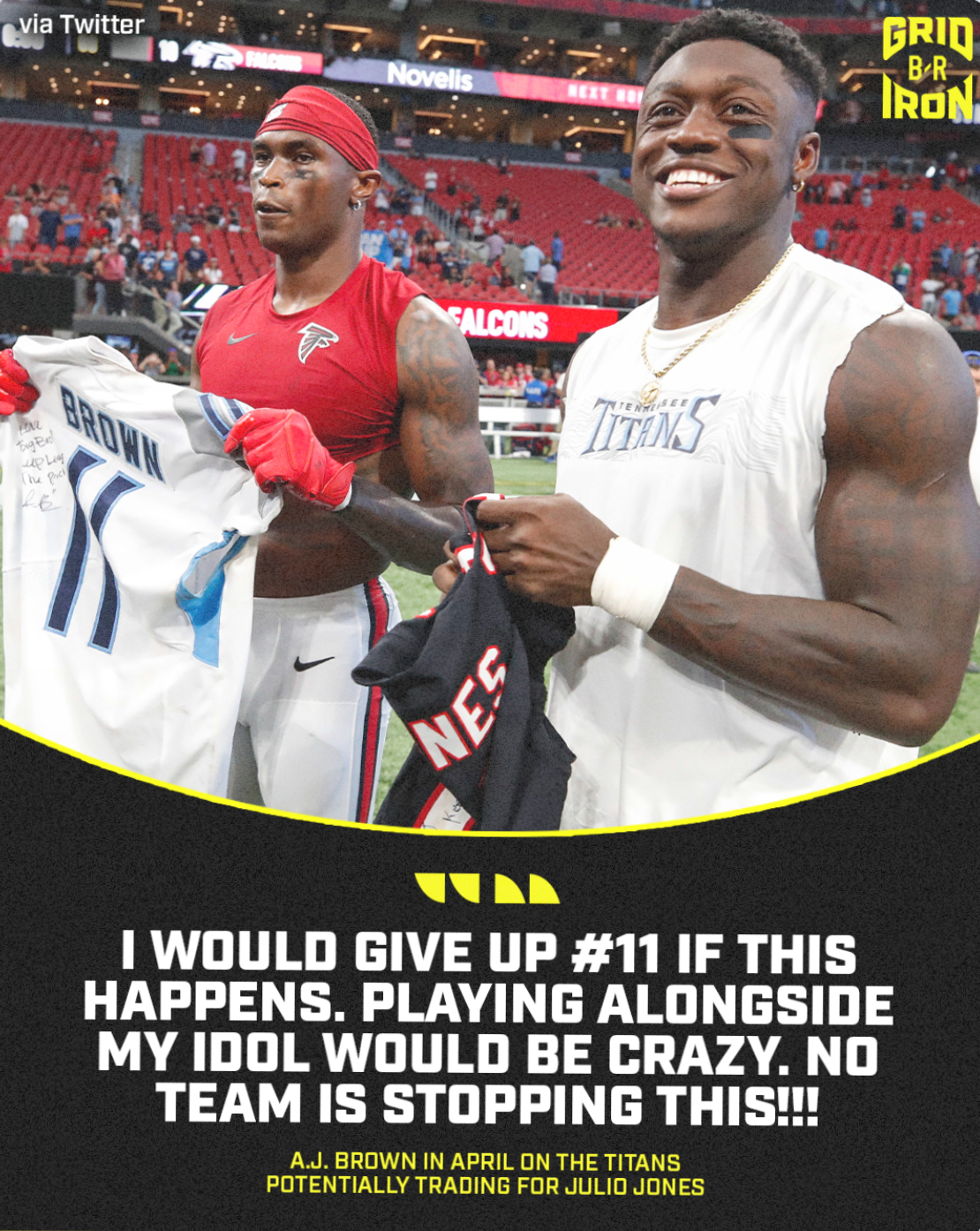 Another player that is trying to recruit Julio to Tennessee is star Titans WR A.J Brown. With Corey Davis leaving this offseason to the Jets, the Titans went out and signed former Rams wide receiver, Josh Reynolds. So, a wide receiver is a big need for the Titans as they approach the 2021 season. Last season, Jones had 51 receptions for 771 yards and 3 touchdowns, they might not seem so good for a player like Jones, but people need to realize he missed 7 games due to injuries. Brown and Jones would help Tannehill in the passing game, no defense could stop that 1-2 punch, plus Henry in the backfield. It’s going to take a lot to trade for a player like Julio, when healthy he is a top 5 WR in the NFL.

In 2022, the Rockies turned in yet another lackluster season, going 68-94 and dead last in the NL West. The starting pitching,...
Read more

After Boston won its ninth World Series in 2018, the Red Sox's outlook was as strong as ever.Mookie...
Read more

Throughout the offseason, it was clear that the Blue Jays had a surplus of Major League-level catchers and that the Diamondbacks had...
Read more

Over the last few years, runningbacks have gotten a bad rap in terms of their value. Many believe it’s a waste to...
Read more
Previous articleProgressions and Regressions: Forecasting the Panthers in 2021
Next article2021 AFC South Preview

Over the last few years, runningbacks have gotten a bad rap in terms of their value. Many believe it’s a waste to...
Read more

Deadline Grade: BOverall, I think most of the moves the Yankees made were great, but there were a...
Read more

After weeks of speculation, the Nationals made the decision to trade Juan Soto. On July 16th Soto turned down a 15-year extension...
Read more