The Aaron Boone Experiment: The Good, the Bad, and the Future

The Aaron Boone Experiment: The Good, the Bad, and the Future

Yannick Ngakoue… Soon To Be Falcon?

Following the draft, most Falcons fans are perfectly content with the possibility of going into the 2021 season with our defensive line consisting of Grady Jarrett, Dante Fowler, Marlon Davidson, and Takkarist Mckinley. Don’t get me wrong, I love how our defense has been revamped but I think if we roll with this defense going against power teams such as the Saints and Bucs, we will ultimately lose due to our lack of ability to get to and apply pressure to opposing QBs. I believe if we want to take hold of the NFC South this year, we’re going to have to make one more move this offseason to solidify our stance as an elite pass rushing defense in a division most known for their focus on dropping back and bombing the ball downfield. This one move I’m talking about is trading for standout defensive pass rusher Yannick Ngakoue. In recent weeks tensions have built up between the 25-year-old defensive end and Jaguars Co-owner Tony Khan on twitter, both taking obvious shots at each other over the trading process. Yannick is quite obviously trying to expose the Jaguars organization for their lack of ability to find a trade partner while Khan blatantly ignores Ngakoue’s accusations instead exposing Yannick for his ridiculous attitude towards the process. 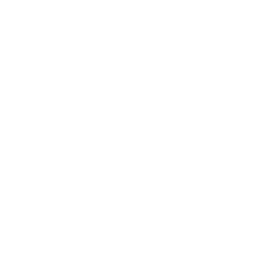 Although I think the Falcons would be hesitant in dealing valuable pieces for a player that seems to not only be impatient but also rude to owners, the talent and production is too hard to pass up on. Yannick Ngakoue has accumulated 37.5 sacks to go along with 85 QB hits and a Pro Bowl selection in his four year career with Jacksonville. Not only would he be cheaper than he was before the draft, as many expected him to be used as trade bait for the Jaguars to move up in early rounds, but he would also add the much needed pressure and sacks to the Falcons defense, who categorically finished 28th in the NFL for sacks. Due to his value decrease and the negative mutual feelings between Ngakoue and the Jaguars organization, I think the Falcons could shock the NFL by acquiring him for as little as Takk McKinley, a 3rd and 6th rounder. Although this might seem like a lot, we most likely won’t resign McKinley next year, as we just recently declined his fifth year option. To make up for Mckinley’s projected production we would additionally add in the 3rd and 6th to entice the Jaguars to deal him to us for relatively cheap.

Many of you reading this most likely find it more unlikely that we don’t trade for him because of the massive contract we’ll eventually have to take on in future years, the Falcons could easily restructure Matt Ryan’s, Julio Jones’ and Deion Jones’ contracts to create more wiggle room for a contract satisfactory to Ngakoue’s desires. The Falcons defense would not only become more imposing for the NFC Souths’ bad offensive linemen but would also increase the Falcons chances of being able to see the playoffs, and possibly even a Super Bowl trophy in upcoming years.

Over the last couple of weeks, the hot stove has heated up. No position has had more activity so far this offseason...
Read more

This morning, it was reported by multiple sources that left-handed starting pitcher Eduardo Rodriguez and the Detroit Tigers agreed to a five-year...
Read more

Everything about 2020 was different than practically anything we've seen before. This was definitely apparent in Major League Baseball as the season...
Read more

The 2021 NFL season is just mere days from kicking off and it’s got fans across the country jumping for joy. We...
Read more

After the 2nd week of preseason, three teams were comfortable naming their starting quarterbacks for week 1. The Broncos, who were deciding...
Read more