The Toronto Blue Jays had no hope going into the 2019 season, and finished off the year with a record of 67-95. The Jays saw a bunch of hopeful stretches with the debuts of rookies: Cavan Biggio, Bo Bichette, and the most hyped prospect in baseball Vladimir Guerrero Jr. But, it never turned into anything.

As a little run back in history, let’s look back at the top five Blue Jays of all time. Hopefully, this will relieve some pain for the fans from the North who had to endure this previous season.

For a player to be considered an all-time Blue Jay, they had to play with the Blue Jays during their prime. Players would’ve had to play multiple seasons with the Jays. Players who are more recognized for playing for a different team will not qualify.

The top five list will include both pitchers and hitters. So, a stat we’re going to mainly determine the rankings is WAR (wins above replacement). Another category we’ll look at is each player’s achievements. 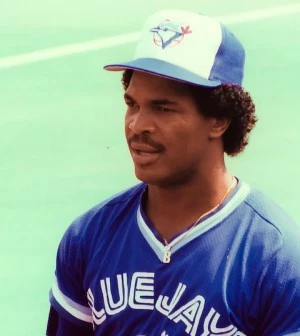 In the nine seasons George played with the Jays, he put together a great resume to be a top all-time player for the organization. He’s at the top of almost every single stat category for the Jays. He ranks fourth on the Jays all-time RBI list , totaling 740. Since he is a part of many of the Jays all-time lists, we classify him as a top Jay.

Bell with his 12 years spent nine years (which was during his prime) with the Jays. With Bells prime being with the Jays, this makes him qualify as an all-time Blue Jay.

His standout perk in his career is his AL MVP in 1987. Bell is one of only two Jays to ever win an MVP, which is why he is the fifth-best all-time Jay. With two Hank Aarons and three Silver sluggers, Jose Bautista has an impressive award resume but doesn’t quite compare to George Bells MVP. Even though Bautista doesn’t quite have the MVP that George has, he is the fourth all-time because of his great statistical side of play.

Bautista earns his spot at four with his great statistics, such as his crazy WAR. Bautista ranks fourth in WAR for the Jays, and has the single-season record with an 8.3 WAR. Bautista has the second-most homers in Jays history with 288.

With Bautista’s amazing statistical side, he is the fourth-best Blue Jay of all time.

Roy Halladay spent 12 out of his 16 years in Toronto, and had the single best season as a Jay. In 2003, he set a single-season club record of 22 wins.

Halladay won two awards as a Jay AL Cy Young and TSN AL Pitcher of the Year both in 2003.

On the statistical side, Halladay is 2nd in every category only to another player on our list. Halladay has the second-best WAR in the club’s history, and has the most single-game wins.

On most teams, Halladay would’ve been the best franchise pitcher. But, he falls second only to our next guy… 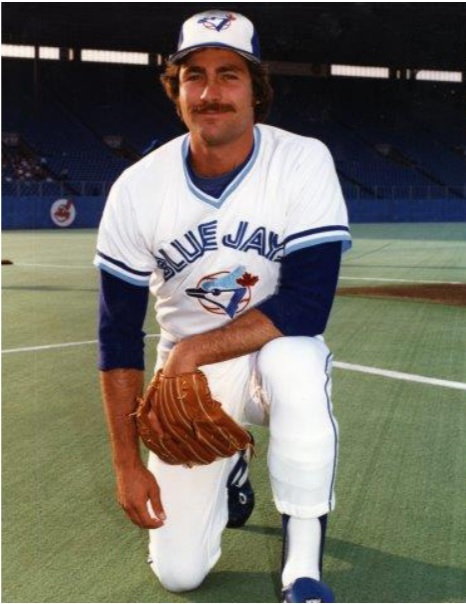 Dave Stieb was drafted and played 15 seasons with the Blue Jays.

The former Jays pitcher did not have the deserved recognition, only getting the AL Pitcher of the Year once, and the pitching title once. Stieb also came 4th in Cy Young votes in 1982.

Despite the horrible awarded recognition, Stieb is the best pitcher in Jays history. His stats were above all others, being ranked top in practically every Jays pitching stat. He has the an unsurpassable WAR, making it the Jays record.

Alomar only played five seasons with the Jays and is the player with the least seasons played on this list. In his five years with the Jays, he made the playoffs three times and led the team to two world series.

Although he only played five seasons with the Jays, he has the most awards from anyone else on this list. He brought the team to the many playoffs, and he won the Jays their two World Series.

Alomar was an elite defender in the league and was a threat at the plate with his .307 batting average, the 2nd best in Blue Jays history.

Alomar is also the only player besides Halladay in the top 5 in the HOF. He brought the franchise their only championships, as well as three playoffs great all-around play. What’s not to love! Alomar is without a doubt the greatest player to play for the Blue Jays.

Julio Rodriguez and the Seattle Mariners agreed to a mega contract extension. Rodriguez's extension has the potential to max out at $470...
Read more

The Rangers have fired manager Chris Woodward, as reported by Jeff Passan of ESPN. This comes as the Rangers are in the...
Read more

Coming off another losing season, the heat is cranked up on Dino Babers' hot seat. The pressure is on him and his...
Read more
Previous articleHow the Universal DH Could Affect the Giants?
Next articleTop 3 Mets Off-season Priorities, MLB Season Or Not

Deadline Grade: BOverall, I think most of the moves the Yankees made were great, but there were a...
Read more

After weeks of speculation, the Nationals made the decision to trade Juan Soto. On July 16th Soto turned down a 15-year extension...
Read more

To start off a big day of trades throughout Major League Baseball, the Yankees acquired reliever Scott Effross from the Cubs in...
Read more