Exploring the Padres’ Decision to Invest Heavily in their Bullpen

In 2019, the Padres showed signs of life after rebuilding for several seasons. Youngster Fernando Tatis Jr. is one of the game’s most exciting players, and starters Chris Paddack, Dinelson Lamet and Joey Lucchesi proved to be laying the groundwork for the Padres to have an above-average rotation. Toss in prospects like Mackenzie Gore and Luis Patiño, and the The most under the radar strength for the Padres, however, was their bullpen. The Padres bullpen had the best FIP, or Fielding Independent Pitching, of any bullpen in the National League. FIP is a stat that predicts one’s ERA based on how many batters they strike out, how many they walk, and how many home runs they allow. Many prefer that metric to ERA because ERA often can fluctuate based on good or bad luck on balls hit into play.

The Padres’ bullpen was headlined by Kirby Yates, who posted a staggering 1.30 FIP, as well as Luis Perdomo (3.60 FIP) and Craig Stanmen (4.12). Trey Wingeter (3.61 FIP, 5.65 ERA) and Robbie Erlin (3.61, 5.37) seem like prime candidates for improvements in 2020, as part of their 2019 struggles can be explained by bad luck on batted balls, or the Padres lackluster defense. Throw in young flamethrower Michel Baez, who has touched triple digits on his fastball, and it’s clear the Padres already had a strong bullpen.

Padres G.M. A.J. Preller decided that he wanted to take the team’s biggest strength and further improve it. This offseason, he signed Drew Pomeranz, a former starter who found a second wind as the Brewers’ setup man in 2019, to a 4 year, 34 million dollar contract. He also traded for Emilio Pagán, who had an excellent season as one of the Rays’ top bullpen arms in 2019. In theory, having an elite bullpen sounds like a huge advantage, but to secure Pomeranz and Pagán, the Padres had to give up Manuel Margot, who turned in one of the best defensive seasons in center field during 2019 at age 25, as well as a 34 million dollar contract that could have been spent on other key players. Kyle Gibson, who is at worst an average starter, signed with the Rangers for 30 million dollars. The Padres also could have used the money set aside for Pomeranz’s contract to sign Avisail Garcia, who could have filled their hole in right field that was created by the departure of slugger Franmil Reyes.

With that being said, let’s dive into the pros and cons of investing heavily in the bullpen.

In the past couple of years, bullpens have become crucial to winning teams. Over the past 5 years, as bullpens have become more prominent due to the rise of sabermetrics. Bullpens are now throwing roughly 40% of all innings, and it should come as no surprise that how good your bullpen is has a greater effect on how many runs you give up. 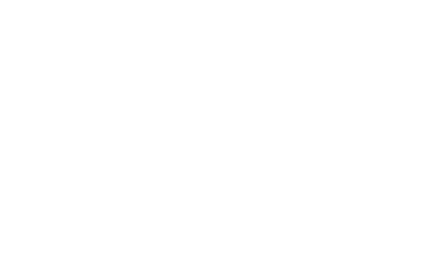 ERA- is a stat that compares a team’s run prevention to the league average. The team ranked 1st in ERA- is the team that allows the least runs after factoring in the ballpark they play in and whether they face a DH or not. As you can see, bullpens explain run prevention now more than ever.

With that being said, it seems obvious that teams should spend in free agency and trade for key bullpen pieces. Teams that choose to do so, however, must look at what happened to the Rockies. Prior to the 2018 season, the rockies shelled out huge contracts to 3 relievers: Wade Davis, Bryan Shaw and Jake McGee. The Rockies spent a total of 106 million dollars on the three players, and none of them met expectations. Wade Davis, the best of the 3, had a good year in 2018, but totally fell off a cliff in 2020 and pitched to an ERA over 8. Shaw and McGee were also non-factors for the Rockies this past year. Mercifully, all 3 contracts will expire after the 2020 season, but had the Rockies chosen to invest in an impact bat like Mike Moustakas, or a starter like Lance Lynn, they would have been better off. Lance Lynn accrued more WAR (wins above replacement) in 2019 than Davis, Shaw and McGee have in the last 2 years combined, and the Rockies could have used the 100 million dollars they spent on 3 Lance Lynns.

Now, you might be thinking that the Rockies are just dumb, and that they just invested in the wrong bullpen arms, which is partially true. But the hard truth about bullpen performance is that it is so volatile. None of the top 10 finishers in FIP among relievers with 50 innings in 2017 finished in the top 10 in 2019. The only top 10 finisher in 2018 to make the top 10 in 2019 was Aroldis Chapman. Because bullpens work with so few innings, it can be impossible to tell if one’s performance in the bullpen will carry over year after year.

It is worth noting that the Padres aren’t going full Rockies mode, and they are spending only 34 million and one Manuel Margot to get a stronger bullpen. But the Pomeranz signing begs the question: why give a guy a 4 year contract when the odds of him being the same guy two years from now is slim to none? Why not try and find the next Pomeranz, a starter seen as undesirable that can turn into a key bullpen piece?

Time will tell us whether the Padres made the right choice. For now, they should have a strong bullpen along with several impact bats, and they should be fun to watch this year.

Our favorite Canadian Panthers fan brings you a quick look at where the team from North Carolina stands prior to the 2021 NFL draft.
Read more

There's a new opening on the right side of Baltimore's OL. Ravens District breaks it down.
Read more

The pre-draft process takes a lot of time, and teams meet with a lot of players. Henry Frieman tackles the challenge of describing them all.
Read more
Previous articleWho is the Best Baseball Team in Chicago?
Next articleGrading Every Knick Player Based On This Season

It is clear that the Denver Broncos had their ups and downs this season. They finished the year off with a 5-11...
Read more

Is This Goodbye for Justin Simmons?

Over the course of the NFL season, there has been lots of buzz about Justin Simmons’ contract with the Denver Broncos coming...
Read more

Colts vs Lions – Takeaways and overview.

DETROIT, MICHIGAN - NOVEMBER 01: Marvin Jones #11 of the Detroit Lions celebrates after a 25-yard touchdown reception against the Indianapolis...
Read more